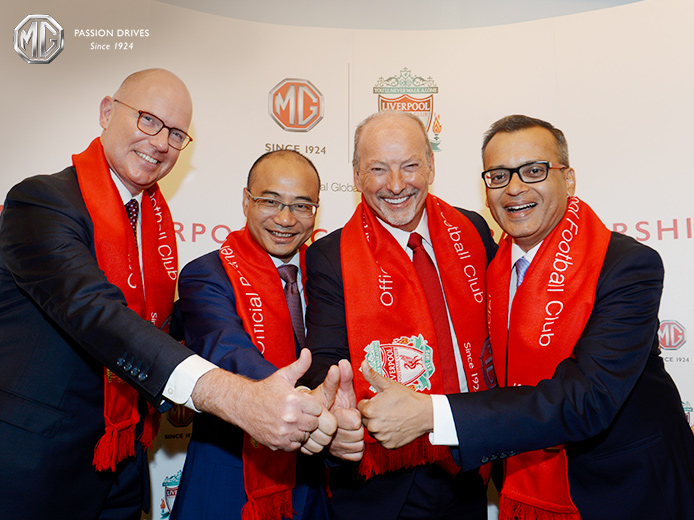 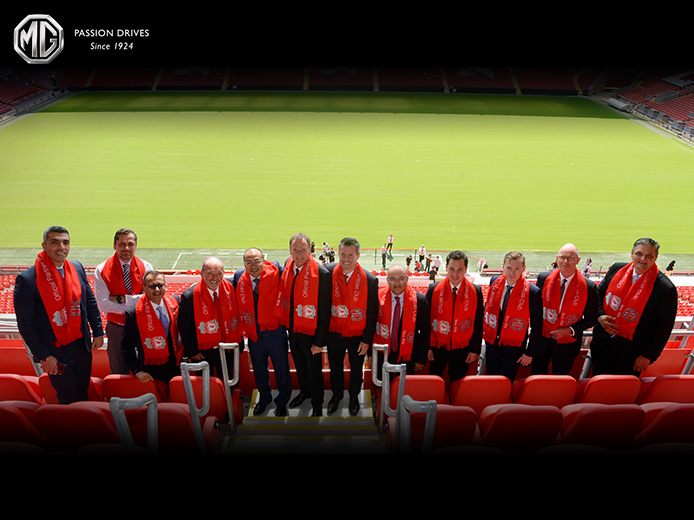 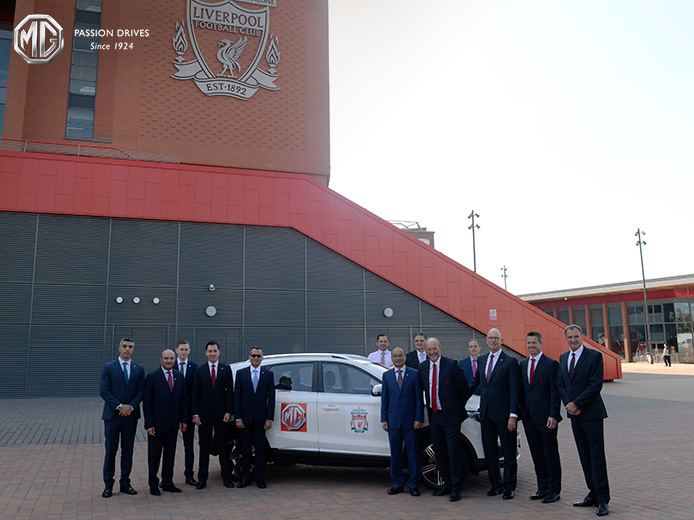 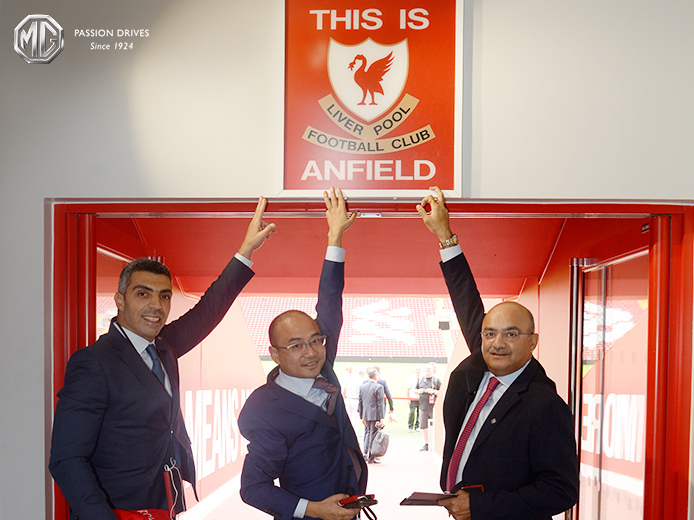 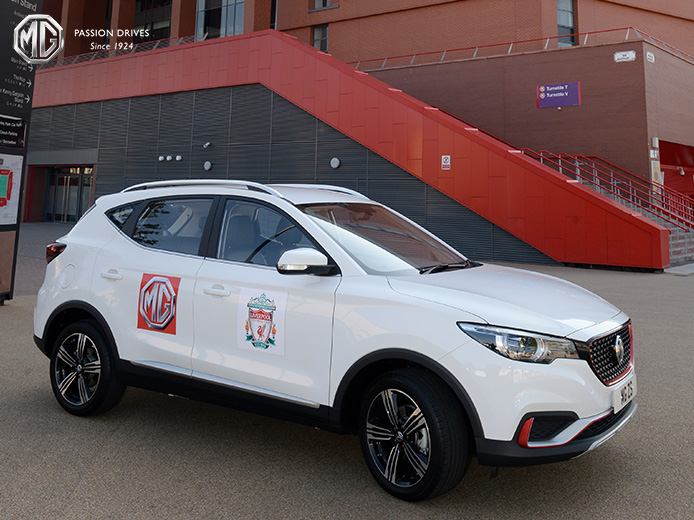 On July 15th, Liverpool Football Club's Anfield Stadium, MG signed a contract with Liverpool FC. As a result, MG officially became the global partner of Liverpool FC. MG, an international brand with British sports DNA, will further extend the cooperation with LFC - the Champion of European Cup, to strengthen the brand image of young, sporty and passionate and further promote their popularity in the global market. Furthermore, "MG EZS - first pure electric SUV that meets global standards" will be listed in UK on July 18 and MG HS in Middle East in Q4 this year. The brand impact of MG is increasingly promoted on a global scale.

Since 2016, MG brand is the official partner of Liverpool in China. After more than three years of cooperation, MG has engaged huge fans in the world. In the first half of this year, MG’s global sales exceeded 120,000 units, with a YOY gross rate of 3.8%. MG brand’s global awareness continues to increase.

Billy Hogan, managing director and chief commercial officer, Liverpool Football Club, said: “MG, an iconic car brand with a rich sporting heritage, has been a valued partner of the club for several years and we’re incredibly pleased to not only be renewing this relationship, but also be expanding it on a global scale. As partners, we have brought some incredible opportunities to our fans and chances for them to get closer to the action. I’m looking forward to seeing what else we can achieve now that our focus becomes global.”

Michael Yang, MD of SAIC Motor International Business, said: “Just like the well-known saying, ‘one tree does not make a forest’, we’re always looking for more people and partners to come together to create great things. The joint cooperation between MG and Liverpool FC will surely do this as we create more great moments together and bring more special experiences to fans around the world.”

Deep roots are the best annotation for this cooperation. For more than 130 years, football has been battling, and LFC has stood out in the forefront. Its stars are fast-paced and skilled, and LFC is one of the most successful football clubs in the world. In June of this year, LFC won the 2019 European Cup with a 2:0 score, and this is its 6th European Cup trophy. Just like Liverpool FC, MG is a British brand with legacy and intensive sporting heritage. MG’s pursuing speed is in its DNA and standing for centuries. It has captured 43 world speed records, and continues to innovate on technical performance. MG fans covers all over the world including the British royal family and David Beckham.

MG and LFC perfectly connected from brand origin to the pursuit of speed. The expanded Global cooperation will offer a lot of eye-popping benefits to both fans, including LFC VIP experience to watch the team training, LFC signed merchandise, match viewing parties and much more. The MG and LFC fans will also have the opportunity to watch the game in UK! What other surprises that MG and LFC will bring to its fans, it is worth looking forward to.

The global launch of MG 6 / MG HS/ MG ZS / MG EZS, will accelerate the internationalization of the MG brand.

MG has been favored by countless young consumers all over the world. The total global sales for the first half year exceeded 120,000. The rapid growth of sales volume and the establishment of a good reputation in the international market are accelerating the rhythm of MG new model developing.

On July 18th, MG EZS, “the first pure electric SUV that meets global standards” will be launched in UK to meet consumers' demands of faster acceleration, longer battery mileage, better driving control and smarter travel. In Q4 this year, MG HS will also be launched in the Middle East and MG EZS in India as well. Subsequently, New MG 6, MG ZS and other models will also be listed in Australia, Thailand and other countries, to satisfy young consumers' passion for speed, smart for travel and the desire for international standard quality.

From the global partnership extending between Liverpool FC and MG brand, to the series of global launches of new MG products, it is not hard to see that MG, the legacy sports auto brand, is accelerating its return to the international stage.